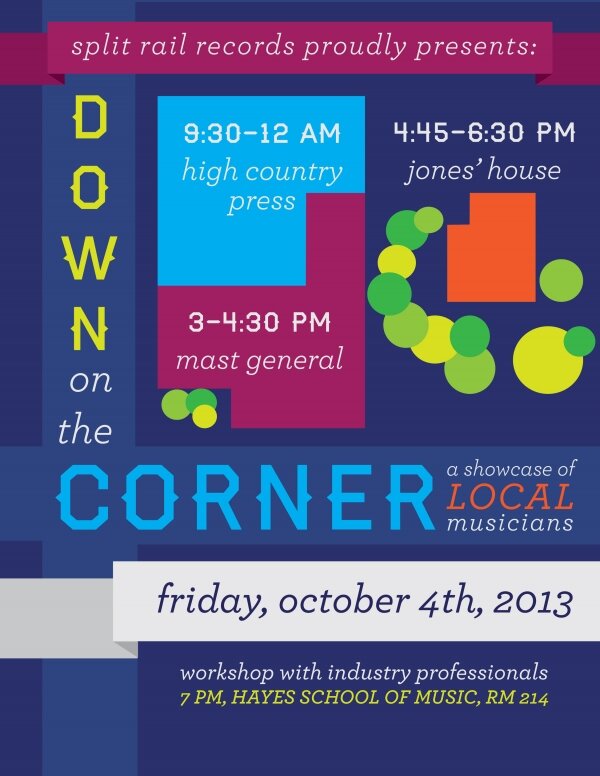 Split Rail Records is always accepting demos from all genres...to submit yours please contact our management department at This e-mail address is being protected from spambots. You need JavaScript enabled to view it

Split Rail Records is a student run independent record label based at the Hayes School of Music from Appalachian State University in Boone, North Carolina. Our purpose is to provide an educational experience for students and musicians. We are big supporters of local music and see ourselves as a stepping stone for local musicians and artists. Split Rail is currently accepting demos from all artists both soloists and full bands from every genre.

Split Rail Records would like to give special thanks to Joel Wommack for his 2006 winning design submission of our logo.